This recipe has been by far the best one I’ve made so far: It was easy, delicious, and looked beautiful. I’m so blown away that I’m probably going to make it again next week, given that I have extra of all the powders I made.

A skate wing is sauteed in butter and placed on top of a few banana slices and green beans. To the side is a mixture of powdered lemon, parsley, and capers. The fish is dipped into the powders to capture the “traditional flavors” that accompany skate.

I began by making the powders. The caper powder involved rinsing brine off a couple jars of capers, drying them off, dehydrating them, pulverizing them in a spice grinder, and sifting the resulting powder. 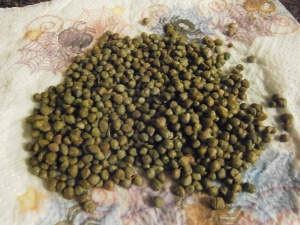 The lemon powder involved peeling the rind off a bunch of lemons, removing any white pith, candying them in simple syrup, dehydrating them, pulverizing them in the spice grinder, sifting the resulting powder, and adding a little bit of citric acid. 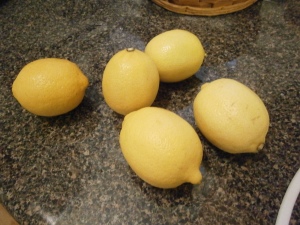 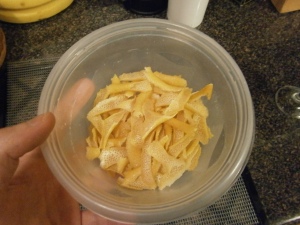 The parsley powder involved picking the leaves off a couple bunches of parsley, dehydrating them, pulverizing them, and sifting the powder. 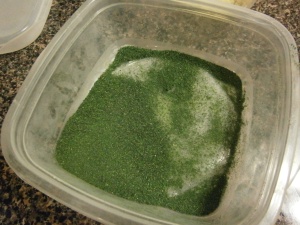 The recipe also calls for a “brown butter” powder, which is placed directly on top of the skate wing, but I didn’t make it. This powder would have required buying “spray dried cream powder,” baking it until browned and mixing the powder with powdered banana chips. Cream powder appears to be expensive, especially considering that I would probably use it only once and have a bunch leftover. I read that cream powder is akin to dry coffee creamer, so I attempted to make the brown butter powder with that instead. Sadly, while coffee creamer once upon a time probably would have been a suitable substitute, I found out quickly that it wasn’t going to work here because today’s coffee creamer is made mostly with sugar.

So back to what did work: I had to travel to a store that specializes in seafood to find skate wings. Apparently they’re in season right now.

Thankfully, these wings were already skinned and de-boned. I did trim the wings slightly before sauteing them.

Speaking of sauteing, both the skate wings and green beans were cooked in a mix of buerre monté and water. Beurre monté is butter that remains emulsified even when melted. Usually when butter is melted, it breaks down into its component parts of milk solids and milk fats; buerre monté does not break down. I made buerre monté by bringing a small amount of water to a simmer and whisking in a pound of butter, tablespoon by tablespoon, not adding the next tablespoon until that last had fully melted. THAT’S RIGHT; A POUND. 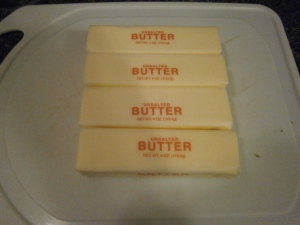 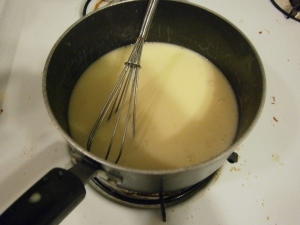 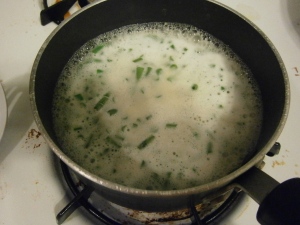 I practiced making a “hurricane” like pattern with some other spices I had in the cabinet before plating the dishes with the parsley, caper, and lemon powders. Once I had that perfected, plating was rather easy. The skate wings were very fragile and once broke in half when I was pulling it out of pan, but otherwise there were no issues.

Like I said, this dish was by the best I ever made, and probably because it contained so much butter. But even the butter aside, the powders were delicious when paired with the fish, and the bananas and green bean were smartly chosen accompaniments. The intensity of the flavors here reminded me of why I feel in love with Alinea in the first place. 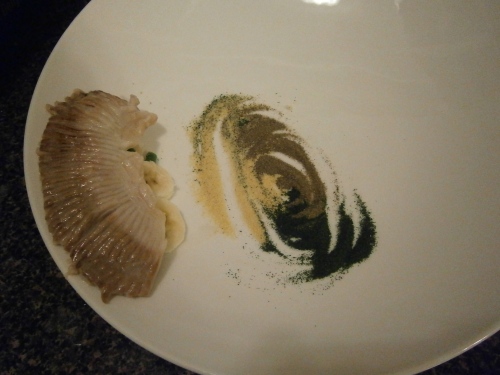